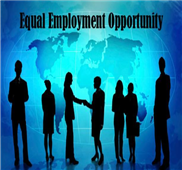 In today’s workplace, human capital has become for many organizations the single most important determinant of competitiveness, productivity, sustainability, and profitability. Increasingly, the organization’s human capital is the source of innovation and a driver of business success. Human capital also represents significant potential liability, and the list of protected classes of employees is growing. As noted, companies can ill-afford to make “extraordinary mistakes”. Managerial and supervisory responsibilities require more than just getting the job done.The actions your organization takes directly affect employee commitment and engagement, morale and productivity, and employee retention. Importantly, they also play a critical role in EEO compliance and can expose your organization to significant liabilities. As governmental agencies have become more active — some would argue more aggressive — and have committed more resources to conducting assessments of employment policies and practices, organizations are at risk. As the EEOC has noted, employers should not only comply with the various laws, they should conduct self-assessments and audit their practices to ensure ongoing compliance. Unfortunately, without ongoing training, even organizations with the best intentions, frequently make mistakes — often, costly ones. This webinar is designed to help your organization identify key workplace discrimination issues and help supervisors and managers manage effectively and lawfully manage these issues. As a result, your organization will reduce its exposure to employment related discrimination claims. 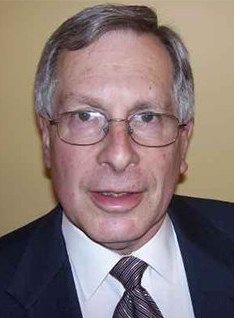 Ronald Adler is the President-CEO of Laurdan Associates, Inc., a veteran-owned, human resource management consulting firm specializing in HR audits, employment practices liability risk management, HR metrics and benchmarking strategic HR-business issues and unemployment insurance issues. Mr. Adler has more than 39 years of HR consulting experience working with U.S. and international firms, small businesses and non-profits, printers, insurance companies and brokers, and employer organizations.
Mr. Adler is an internationally recognized thought leader on HR auditing and is the developer the Employment-Labor Law Audit™ (ELLA®), the nation’s leading HR auditing and employment practices liability risk assessment tool. He is an adjunct professor at Villanova University’s Graduate Program in Human Resources Development and teaches courses on HR auditing and HR management. He is also a certified instructor for the CPCU Society and conducts courses on employment practices liabilities.
Ronald has served on two national task forces developing professional standards in human capital measurement and performance management. He is a member of the Institute of Internal Auditors and also a member of the Society for Human Resource Management (SHRM) and serves as a subject matter expert (SME) to SHRM on HR metrics and workplace issues.
He is a member of the Maryland Chamber of Commerce and chairs the Chamber’s unemployment insurance subcommittee. Mr. Adler has also been a member of the U.S. Chamber and its Labor Relations Committee.
X