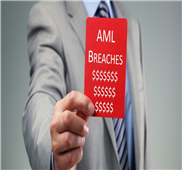 On a number of occasions I have been brought in to lead projects addressing recently discovered.  We will discuss a number of these as real case studies.

For each case we will look at…

There is increasing discussion that, rather than punish stockholders, individual officers should be personally held accountable for their decisions causing failures to act in compliance. Already the Sarbanes-Oxley law specifically requires that companies, including banks, have accurate financial reports as well as sound controls as required to assure the material accuracy of those reports. CEOs and CFOs have to personally sign statements to that effect and can be charged personally under some circumstances.

It is said that a smart person learns from their mistakes; but a wise one learns from others’ mistakes. This is a chance to learn from many other people’s hard experience.

The level of fines levied against banks resulting from failure to comply with various regulations has soared, reaching into the billions of dollars in individual instances. Every bank is responsible for compliance with a wide variety of regulations.  Compliance failures are risks to both their reputation and their stockholders money.

Jim George is an independent consultant to banks focusing on issues of fraud. He brings over 25 years as a consultant to major banks in Associate Partner and Principal roles at PriceWaterhouse-Coopers Consulting, IBM Consulting in Bank Risk and Compliance and Andersen Consulting (now Accenture). He has also been SVP Operations for a Fortis-US division providing outsourcing services to the banking industry.
Jim's work has included projects in fraud investigation, fraud prevention, identity issues, compliance and AML (anti-money laundering). His background includes work in bank operations and payments strategy, reengineering, systems and quality improvement.
X