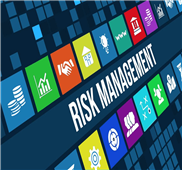 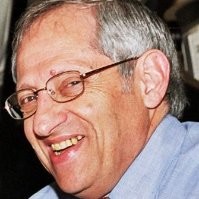 Stanley Epstein has a Master’s in Economics, which he earned with a dissertation on financial innovation, and a Bachelor’s in Accounting. He has had extensive experience in banking and IT specifically the operations, payments, RTGS and the operational risk aspects of banking in the UK, Europe, the USA, Australia and Southern Africa. His bank-operations, payments systems, operational risk, and clearing house experience is wide ranging and includes working closely with organizations such as UNCITRAL, Deutsche Bank and CHIPS in New York; APACS, British Bankers Association, CLS and Barclays Bank in London; Crédit Agricole in France; UBS and Credit Suisse in Switzerland, the central bank in the Netherlands; Alpha Bank in Greece; the central bank in Romania; the central bank in Kazakhstan; Bank Leumi and the central bank in Israel; the Standard Bank, Clearing Bankers Association; Bankserv and the central bank in South Africa and ANZ and Commonwealth Bank in Australia.

Commencing his career at the Standard Bank of South Africa he gained a thorough grounding in all aspects of banking ranging from the bank’s branch system, back-office payments processing. He was also closely involved in the development of electronic banking at the Standard Bank. At a banking industry level he was involved in the creation and development of STRATE (Central Securities Depository) in South Africa dealing with the dematerialization, clearing and settlement of all financial instruments in that country. He also served as Vice Chairman of the South African Clearing Bankers Association’s ERAG Group (an interbank payments/operations risk initiative established to identify and eliminate operational, legal and other risks in electronic payments) and later as Chairman of the Payments Association of South Africa Operational Risk Committee.

On leaving South Africa he joined Fundtech Corporation, a leading provider of financial technology based in the US.