1. W. Edwards Deming's Red Bead demonstration underscored the fact that a production operation generates a random number of defective parts, for which the workers cannot be blamed.
2. A simulation that uses gun targets and histograms illustrates similarly the effect of variation on product dimensions, where the measurement is a continuous-scale number rather than attribute (good/bad, pass/fail) data.
3. Goldratt's and Cox's matchsticks-and-dice simulation illustrates the effect of variation on production control.
• The drum-buffer-rope (DBR) production control system is a pull production system that contains rather than corrects the variation and its underlying effects.
• Single-unit flow, rapid changeover, and elimination of batch-and-queue operations remove the variation, and thus reduce cycle time and inventory.
4. If a project has two or more critical paths, it is likely to finish late unless resources can be reallocated if one starts to run late. There is 50% chance that each critical path will be late.
• The same concept carries over into production management where absence of any item in the Bill of Materials will prevent production. Henry Ford said in 1922 (My Life and Work) that transportation must be absolutely reliable to avoid the need to carry protective inventory, and bought the Detroit, Toledo & Ironton railroad to ensure that it functioned reliabily.
5. An easy spreadsheet simulation illustrates the effect of variation on a service operation with a random arrival rate and a constant service rate. (A somewhat more complicated model assumes that both the customer arrival rate and service rate follow the Poisson distribution.)
• In practice, service managers will have cross-trained workers they can reassign when a backlog of customers develop. The same concept carries over into manufacturing where cross-trained workers can be assigned where needed.

Variation in product dimensions is why interchangeable parts sometimes don't interchange. This is why manufacturing and quality engineers perform process capability studies that quantify the ratio of the specification width to the amount of variation.
Goldratt's and Cox's The Goal, however, illustrated the effect of variation on production control. When variation in processing and material transfer times, as opposed to product dimensions, is present, it is impossible to operate a balanced factory at close to full capacity. Efforts to do so will result in overflowing inventory—one of the Toyota production system's Seven Wastes—and long cycle times. The reason is that favorable variation cannot offset unfavorable variation, and time (or capacity) lost at a capacity-constraining resource is lost forever. A similar phenomenon occurs in service operations, where a hotel check-in desk may operate at well below its theoretical capacity even though customers are often waiting.
The same principle carries over into project management where, if there are two or more critical paths, a delay on either will result in the project finishing late. Phantom traffic jams that appear out of nowhere, and with no apparent cause, also are caused by variation in traffic flow when the highway is at near capacity.
The only way to address this problem is to reduce or even eliminate the variation, which Henry Ford apparently succeeded in doing in a manufacturing operation. He claimed to have operated a balanced factory at close to full capacity (because workers were to have all the time they needed but no excess time, i.e. no excess capacity), and no evidence (such as overflowing inventory as depicted in The Goal) contradicts him.

The quality management profession is most familiar with the adverse effect of variation on quality. This application is still the primary focus of Total Quality Management and Six Sigma. Variation, however, undermines the performance of activities such as production management, project management, services, and even traffic. If your factory overflows with inventory even though it seems to have enough capacity, projects often finish late despite predictions by PERT/CPM, or services run below capacity even while lines of customers back up, this presentation will explain why, along with what might be done to improve performance.
Attendees will gain an understanding of the effects of variation on a wide spectrum of business activities, a new perspective on why their systems are not achieving their theoretical potential, and ideas about what can be done to overcome the problem. 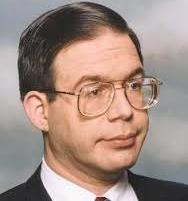 William A. Levinson, P.E., is the principal of Levinson Productivity Systems, P.C. He is an ASQ Fellow, Certified Quality Engineer, Quality Auditor, Quality Manager, Reliability Engineer and Six Sigma Black Belt. He is also the author of several books on quality, productivity and management, of which the most recent is The Expanded and Annotated My Life and Work: Henry Ford's Universal Code for World-Class Success.